Home » News » Wright might have the Key to Encrypted “Satoshi” file! 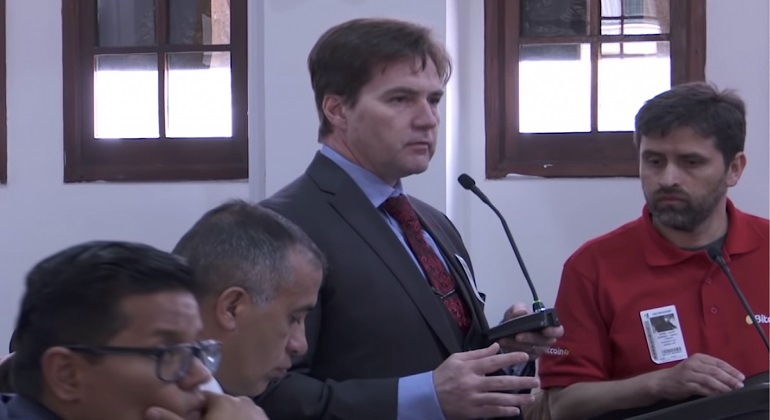 Kleiman’s legal team proclaimed DR Craig Wright has the key to more than 820,000 Bitcoin, which he achieved through an encrypted file. Let’s start with a background on both of them before going straight to this recent case.

Craig Wright is an Australian entrepreneur, who claimed to be Satoshi Nakamoto, for which he went through the legal processes, and the judge didn’t find it credible.  The controversies around Wright and Kleiman started in 2018 for the first time. Ira Kleiman sued him for $ 10 billion. He believed Wright was trying to seize, his deceased brother, Dave’s holdings.

So, this isn’t the first time these two get into such cases leading to the court. This time, Kleiman sued him for the Bitcoin mined with his deceased brother.  Kleiman, further, claimed that Wright has control over the encrypted filed, and he explained that since opening the encrypted files would prove the partnership, he is not doing it. Kleiman supported his claim by submitting a list containing the addresses from which $1.6 million had been spent. Something more interesting in this case is the recent threat made by Wright. He threatened to tank Bitcoin, which means he has access to large amounts of Bitcoin.

Wright’s refusal to open the encrypted file strongly suggests he knows that its contents will include partnership records, support the existence of a partnership between Wright and Dave Kleiman and that the 820,200 bitcoin on the CSW Filed List (or other comparable amounts) belong to the partnership, as well as the Blockchain-related intellectual property created before Dave died.

The list submitted included 16,404 addresses. Kleiman mentions the movements prove that either the submitted list is incomplete or he has access to the private keys. Keeping in mind wright’s record, we can conclude that lying is unsurprisingly normal.

With this regard, the filling says “Wright has engaged in a sustained pattern of perjury, forged evidence, misleading filings, and obstruction.”

There are many cases that his lying was proved. He even lied under oath recently and forged documents of his divorce. The witness in this case was his ex-wife, who many believe lied because she is financially dependent on him. “She has a strong incentive to lie: she is financially dependent on him, lives in fear of him cutting off her support, and has lied for him in the past due to that.”

Although Kleiman and Wright have been through court several times, and there might be some hostility in-between, most of the situations Wright’s fraudulent has been proven. What makes this one different?

What is wrong with Bitcoin is another millionaire acknowledges in Crypto

Do you think Bitcoin follows the stock market?