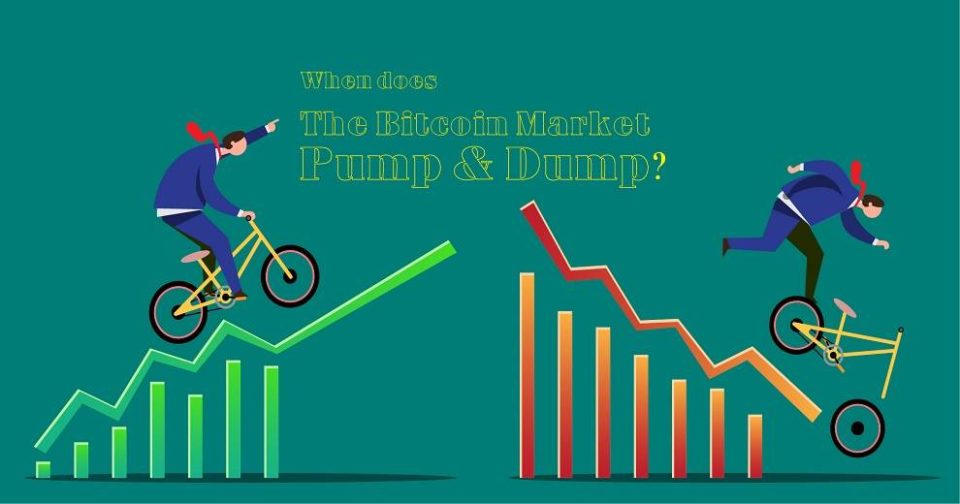 The head of FTX believes that “Crypto will make a comeback” and shared his view on how soon it will happen. The question is here When does the Bitcoin market pump and dump?

Crypto billionaire Sam Bankman-Fried, who founded and ran the Cryptocurrency exchange FTX, believes that  Bitcoin and other Cryptocurrencies will start to rise again, which may happen soon.

In a recent interview with Bloomberg on the David Rubenstein show, FTX President stated that he was not too nervous when he saw the price of the flagship digital currency fall below the $17,000 level in December of this year. The recent fall below the 17,000 level was triggered by a speech by Federal Reserve Chairman Jerome Powell, in which he said the US central bank would maintain its hawkish stance longer than previously expected.

When  Bitcoin began to decline in June, the CEO of FTX expected the road to be “rocky” from the start. And it lived up to his expectations, as many Cryptocurrency businesses failed due to the sharp drop in Crypto prices.

Earlier, Big Income reported that Sam Benkman-Fried invested almost $1 billion in loans in Crypto platforms. However, in a recent interview, he admitted that he doesn’t expect all of these investments to be profitable but to show “different results.”

He added that we should remove many ICOs and tokens from the Crypto market that badly dump, like LUNA and FTX, during the recent price crash.

He believes that why this “crisis” is short-term.

In his view, the current crisis is not a long-term issue, said Sam Benkman-Fried. If the Nasdaq drops 30-40% and  Bitcoin falls to $10,000 per coin (like before 2020), that’s what will happen, according to Bankman-Fried.

In that case, “another round of trouble for the industry” would occur and become more of a medium and long-term problem. But the company’s CEO claimed that the Crypto market would start to climb when the stock market does. This article examines the Bitcoin market pump and dump.

Some experts have told Bloomberg that  Bitcoin may already have bottomed, falling nearly 6% after Jerome Powell announced on August 26 that the Federal Reserve plans to stick with its hawkish strategy. And therefore, price pressures on the stock market will continue.

In these bearish conditions, traders believe  Bitcoin’s fall has been relatively mild. During previous recessions, Cryptocurrencies fell much harder than tech stocks. This time, according to analysts,  Bitcoin is showing some resilience, which is “a promising sign.”

Currently,  Bitcoin is down 76.2% from its all-time high of $68,789 hit in November last year. The current price level is close to the all-time peak  Bitcoin price reached in December 2018, which was the first significant all-time high for the flagship digital currency. See this page for more information on Crypto prices and analysis on Antidolos.

When will  Bitcoin be drained?

Analysis 1 for  Bitcoin market pump and dump: Hello, everyone! I ran the shorts position yesterday, and I’m surprised it’s still active. After the last short trade fails, I will try to retake the very high prices to get into a sell position, while the final price drop will be a bearish market, according to my primary global analysis.

This trade will not be successful because  BTC doesn’t want to fall, but according to my strategy, I have to use this short signal. We see that the price is above the 0.61 fibs but close to it. Let’s take a look at trend line 1. It broke down and was successfully retested, a bearish signal here. But the price is still above trend line 2. A failure of this line will be a strong bearish confirmation. Get the Indonesia Crypto industry in 2022 from the Antidolos site.

The divergence was only with the MACD histogram, but now the separation of the MACD line has increased the bearish signal. Let’s wait and see what happens. Good luck! If you decide to follow the idea of this article at Antidolos Blockchain Basics Learning, please limit your risk to 0.5%-1% of your total deposit.

When will  Bitcoin stop draining?

Analysis 2 for  Bitcoin market pump and dump: Tensions between Russia and Ukraine have increased recently, with more than 100,000 Russian troops stationed on Ukraine’s border. On the other hand, unprecedented protests in Iran in response to the killing of Mahsa Amini and nuclear energy conflicts between the United Nations and the Iranian regime. All these negative news and the possibility of war between countries caused great fear to investors in the financial markets, including the digital currency market. Many Cryptocurrency traders were terrified of the recent downturn, but according to data from On-Chain Glassnode, more than 60% of  Bitcoins have remained intact in the current recession. This news means that many people continue to see  Bitcoin as bullish. See this page for more information on Bitcoin mining difficulty.

Bloomberg Chief Commodity Market Strategist Mike McGlone has warned that  Bitcoin is in for a tough few weeks ahead. This financial market analyst also noted that due to the efforts of the Biden administration to reduce inflation, the reduction of inflation would be possible only by reducing the value of high-risk markets (such as the digital currency market).

The analysis on a daily time frame

Well, let’s go for the analysis on a daily time frame. The buyer’s inability to defend the $17,100 support indicated that the bears are in power and could push the price down to around $15,000. The 20-day moving average (EMA) is bearish, and the relative resistance index (RSI) is in negative territory, which means the trend is in the hands of the bears.

If the price stays below $17,000, the downtrend could accelerate, causing  Bitcoin to fall to the following support areas $14,500 and $13,00, which are relatively strong supports. If the bulls do not support the $13,000 support and buying does not increase,  Bitcoin may see its current low support. It is the most vital support for  Bitcoin and covers the $17,000 range.

But if the price can recover and push itself above the $21,200 range, we can expect more upside for  Bitcoin. Of course, the 20-day moving average should also go up. For  Bitcoin to be bullish, the price must rise above $29,000. The answer to When does the Bitcoin market pump and dump?

The question is a bit difficult.

When will  Bitcoin grow again?

When will Bitcoin grow again? Have you bought  Bitcoin or any other digital currency in the last few months? If your answer is yes, you must have asked yourself: “When will the price go up?” Or, in other words, “When will  Bitcoin return to its good days?”. Continue to stay with Antidolos Latest Blockchain News.

Suppose we want to talk about the long-term. In that case,  Bitcoin is moving forward according to its inherent growth principle, as awareness about digital currencies is increasing. Of course, the role of the media in 2017 in accelerating this grow ignored. However, the inherent growth of  Bitcoin can only bring this currency to the place where it was in the last few months very quickly.

If  Bitcoin wants to return to the same era, it must first correct the factors that caused this currency to fall in May and June 2022. But the good news is; Mechanisms have been adopted to bring  Bitcoin back to its heyday as quickly as possible. It will also do this through ICOs. For more reading, refer to PayPal increased Crypto purchasing limits. Please follow this Antidolos Crypto Basics Learning.

What awaits us in the future?

Very effective ICOs are being developed to increase the productivity of  Bitcoin and digital economy markets, increasing the interaction between this market and the current economic markets.

Decentralized exchanges: Since such discussions do not have a physical presence, they do not fall under any jurisdiction.

Integrated networks: With the increasing penetration of  Bitcoin ATMs and new ICOs that provide users with new peer-to-peer networks as exchanges, they offer more opportunities to accept these currencies.

Hoping for the upcoming ICOs

To see what the future holds for this market, we have to wait until the middle or even the end of this year so that we can imagine a bright future for digital currencies this year. In this article, the answer to the question When does the Bitcoin market pump and dump? We take it to some extent by the investigations carried out.

Sum up of  Bitcoin market pump and dump

We sincerely thank you for joining Antidolos Crypto Basics Learning until the end of this essay. You can find top NFT marketplaces 2022 and top IEO ratings and reviews on our website. Also, if you know friends interested in this stuff, we will be happy to invite them here. Finally, we ask you to leave your comments and share your opinions and suggestions.

What is DeFi gaming? A DeFi game engine could facilitate development