Home » News » USDT and Bitcoin have an inverse correlation 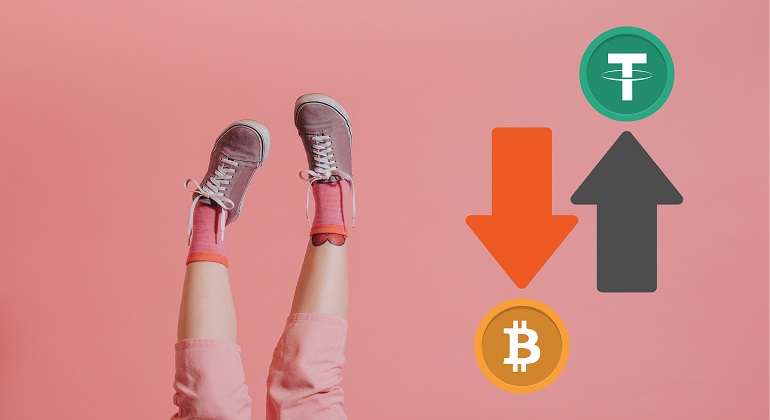 In this regard, Santiment published an analysis proving the claim. It further clarified the concept by claiming that the percentage of USDT exchanges is inversely affecting the Bitcoin’s prices. The percentage of the $USDT on the exchange is going through the desirable process and is progressing toward the target. Meanwhile, Bitcoin’s prices are starting to get closer to $ 9,000 again, although they had corrections the last week. Santiment furthermore mentioned the possibility of Bitcoin’s negative movement even beyond $9,000. It claimed that the reason for this prediction is that the percentage of USDT held on exchanges is decreasing.

Neither side of the story responded to the claims made by Santiment.
Unlike altcoins, mid-March wasn’t a beneficial time for the cryptocurrency market since it experienced a massive downward trend. The statistics declared by Cointelegraph prove the claim. As it explained Tether being the largest stablecoin by total market value, went through a rough patch as it only gained about 0.5% in four weeks. Meanwhile, the Circles USD coin (USDC) has a 40% boost, in addition to the Tether’s 160 million tokens that were used in two transactions, in about the same time that Bitcoin boosted to $9,000.

Against expert’s believes, Bitcoin had a good performance during the Coronavirus pandemic. This happened while such important markets like oil and gold went through a noticeable downward trend. I still believe that part of the reason for this rise is the halving or at least the conversations about it.

As the conversations continue about the upcoming halving, investors should be conscious about it. If the predictions are through Bitcoin will hit $30,000 during this year. Two Prime’s investment thesis is that the halving could drive the rally 50% upward, 30% sideways, or 20% downward.

So what was halving again?

It is the payout halving, Bitcoin will divide the rewards into 50% of the mine block. The halving will have its outcomes such as the deceleration of the new Bitcoin rate. The halving is not being subjected to cash flow due to the lack of endogenous cash flow. The reason why the price of Bitcoin is depended on supply and demand. Halving is affecting the supply side of the matter since the rate of the new introduction of Bitcoin is divided into half. Watching the story from another angle you would find out that it is easy to say that the Bitcoin prices during the halving doubles since the minors will get half the Bitcoins they used to get with the same amount. Based on the basic concept of halving explained, unless the prices go up the minor’s margins decrease immensely.

What effects the Bitcoin prices precisely?

The prices are dependent on the supply-demand chain. The minors are in control of these parts since after halving the supply decreased, minors get hold of their Bitcoins till the price is right.

Will this year be different?

Based on the given information ask yourself the question and then you can decide on the investment.

Traders confused what to do over sub-$17K Bitcoin price