Home » News » The Metaverse will change the world, but will it be decentralized? 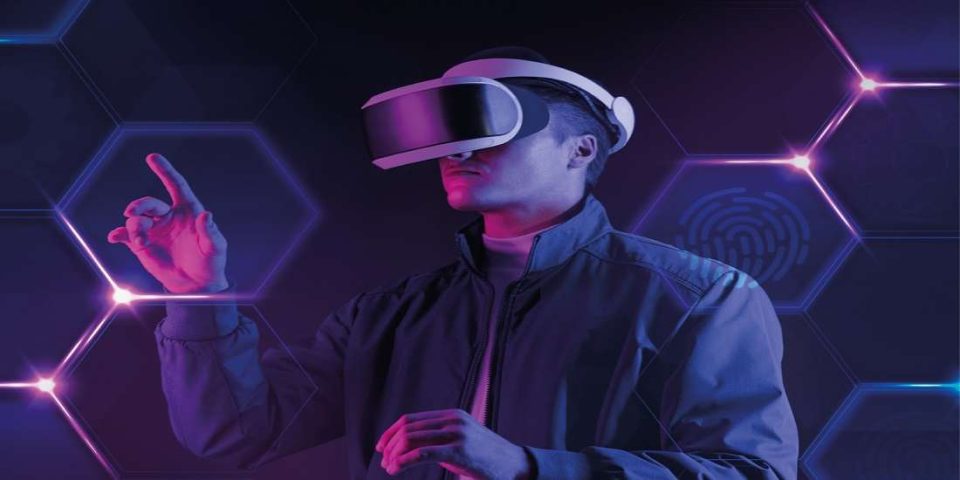 Have you heard that the Metaverse will change the world? For example, virtual reality acceptance might be the next big step for live music. And it could also be the key to mainstream adoption of NFTs and DAOs.

We are no closer to understanding when our social lives will return to normal or the new normal as the second anniversary of the worldwide COVID-19 outbreak approaches. The impact on companies such as nightclubs, music venues, and performers has been enormous. Moreover, changes to the business already in motion have been hastened as packed in-person events have been made impossible — or significantly more complex and arduous — several times during the previous two years. Specifically, the music industry’s expanding use of computerized instruments, among other things.

The Metaverse was first described as a virtual world where individuals could interact with each other in avatars on a successor form of the internet to escape a dystopian (see disease-ridden) world outside in science-fiction author Neal Stephenson’s 1992 cyberpunk novel Snow Crash. Does this ring true to you?

Now, thirty years after his prophetic vision and during a global epidemic with no end in sight, it’s time to bring the music metaverse to life. With live music revenues not likely to recover until 2023, one approach to accelerate that recovery — and provide a new tech-enabled alternative to conventional live events — is to move more of our concerts online.

Stay with Antidolos Latest Blockchain News for more information about how Metaverse will change the world.

The Metaverse will change the world by decentralizing Crypto-enthusiasts

The debate about how this Metaverse should appear continues. On the one hand, libertarians, crypto-enthusiasts, and privacy advocates argue that a decentralized Metaverse will change the world in which no single person or institution is in charge. On the other side, Mark Zuckerberg (and others) are pushing Metaverse as a Facebook successor, with a centralized version being an obvious alternative. If we’re going to be spending so much time there, the most outstanding solution is obvious: one in which we all have a voice.

The Metaverse is already present in specific ways. (Though, even with COVID-19, our world isn’t as black as Stephenson’s.) In recent months, artists such as Justin Bieber, DeadMau5, and The Weeknd have all performed virtual concerts. And, while some of these concerts pushed the idea of Metaverse a little too far — more of a 2020s version of Habbo Hotel than a VR-fueled immersive experience — it’s evident that the components are in place for a fundamental shift in how we think about live music.

Smaller artists should be particularly excited about this idea. Of course, tours are a must for every artist who wants to make their talent a career, but they are also a time-consuming and expensive operation, as any promoter or small-time musician will tell you. A Metaverse “tour” (a series of concerts in which performers cater to different time zones) with low overheads would reduce obstacles to living performance for both spectators and artists.

Suppose you’re a small enough act that just a few important population centers can accommodate enough supporters to make a live concert profitable. In that case, the idea of a virtual gig — where admirers from all over the world may assemble regardless of location — is an intriguing one. This is where unique fan bases and unusual music-loving communities will triumph.

Curating events in the Metaverse

A decentralized Metaverse may benefit the music business in a variety of ways. However, another Blockchain-based technology worth mentioning is decentralized autonomous organizations (DAOs). DAOs are decentralized independent organizations that function similarly to a board of directors. Everyone has a place at the table on this board.

Because the group makes all decisions, DAOs are the polar opposite of centralized organizations like record labels or promotion corporations. In addition, anyone may join a DAO by simply purchasing the tokens required to participate. It is true that the Metaverse will change the world.

DAOs, like other Blockchain rising stars such as nonfungible tokens (NFTs), have already begun to impact the music industry. For example, the deep-pocketed PleasrDAO pooled its finances in October to purchase the only copy of a Wu-Tang Clan album. Likewise, once Upon a Time in Shaolin was regarded so valuable that the 74 DAO members pooled their resources to generate $4 million to secure it before issuing an NFT. Their use, however, is far broader.

DAOs are nearly as intriguing as the Metaverse’s notion in the live music industry context. And much more so when the two are combined. A music-focused DAO. For example, could bulk-purchase concert tickets, fund and curate events such as gigs and festivals. Including those in the digital realm, as well as purchase investable commodities like first-edition LPs, artwork. And instruments, as well as serve as fan-owned record labels and promotion outfits.

This new fan network will benefit the quirky communities I described before. the ones who concentrate on obscure music genres and the artists who invent them.

The Metaverse will change the world, won’t it?

Isn’t that what we should be supporting and fostering? A world where the bizarre, the strange, the beautiful, and the never-before-seen live concerts may exist? When the internet initially became a cornerstone of our entertainment culture at the start of the millennium, it did many things to music. Web 2.0 has hastened the diversity and democratization of the internet.

Web3 and the Metaverse will change the world and can complete the task of establishing a live music culture in which the possibilities have never been more fascinating or open. Most crucially, it may be a world in which no single individual has power. We could all be. This article does not contain investment advice or recommendations. Every investment and trading move involves risk, and readers should conduct their research when deciding.

Sum-up about Metaverse will change the world

Do you like this kind of news? We always aim for continuous improvement in our work while ensuring excellent professionalism. Suppose you know friends interested in getting started in the top NFT markets. Invite them to Antidolos. We’ll continue to do our best by ensuring safe and reliable media for all our users. To conclude, do not forget that you are welcome to check the best Crypto price and analysis on Antidolos Media.

How can the Sustainable Blockchain be used in Public Transportation?