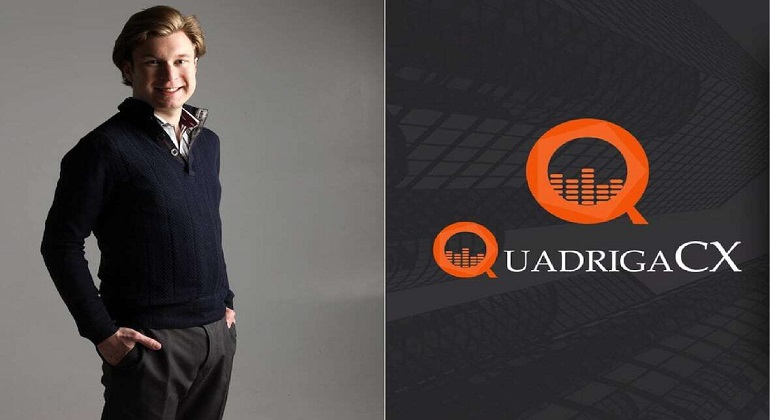 The latest survey clarified most users agree that the CEO of crypto exchange, QuadrigaCX, faked his death. When Gerald Cotten died millions disappeared with him. Investors claimed they wanted proof for his death. Many even asked for him to be disentombed. Gerald Cotten was the CEO of Canada’s largest cryptocurrency exchange, the co-founder of QuadrigaCX, and a well-known entrepreneur. The problem created by his death was the company’s inability to access his laptop, as a result, the users were unable to access their accounts. The cryptocurrency users needed access to a password to exchange the currencies, not having the codes and disappearance of the CEO, and the laptop caused thousands of accounts frozen along with a potential loss of $ 145 million. The company stated:

“For the past weeks, we have worked extensively to address our liquidity issues, which include attempting to locate and secure our very significant cryptocurrency reserves held in cold wallets and that are required to satisfy customer cryptocurrency balances on deposit…” unfortunately, these efforts have not been successful.

The platform came in with a promise of a risk-free exchange, as it turned out it wasn’t so. Even being licensed by FinTRAC, the Canadian anti-money-laundering task force, couldn’t stop this incident.

It could be fraudulent, 60% of the users in the virtual poll 2020 event, claimed they think the CEO is still alive while 90% demanded an exhumation and post-mortem autopsy. Users need facts to clarify the incident. The Gerald Cotten’s widow although in a voluntary act claimed to transfer the majority of his asset, couldn’t make the account holders satisfied. The former CEO died on a journey to India which was supposedly his honeymoon as well as charity work.

Well, people have their reasons for thinking so, first the exact date of his death was a controversy the widow declared it was a month before QuadrigaCX publicly announced it. Second, they seemed to be having a luxurious lifestyle with 16 properties in Nova Scotia, a plane, and a yacht. Moreover, the fact that he used the assets and transferred money from the costumer’s account into his account and used it for his trades made the users doubt the event even more. All these personal uses are the reason for the costumer’s disbelieve. Meanwhile, there is some evidence for the case to be the truth, including the Indian authority’s statement on providing Nova Scotia with the body and declaring the time of death, which appears not satisfactory enough.

If this is what happens with these cryptocurrency exchange platforms, could they be trusted? Now after the survey happening, and the questions being posed there are more ideas brought about. There are petitions for post-mortem autopsy. Who knows a post-mortem could convince the account holders and stop all the chaos or it might even make it worse if it’s not approved. It gets even worse if they perform the autopsy and it turned out to be a lie. All these possibilities implanted doubts in our heads.

Genomic testing by GeneNFTs to get precision medicine

Chinese authorities seized Crypto funds worth $4.2B from PlusToken Ponzi