Home » News » Will the price of Bitcoin increase after the halving? 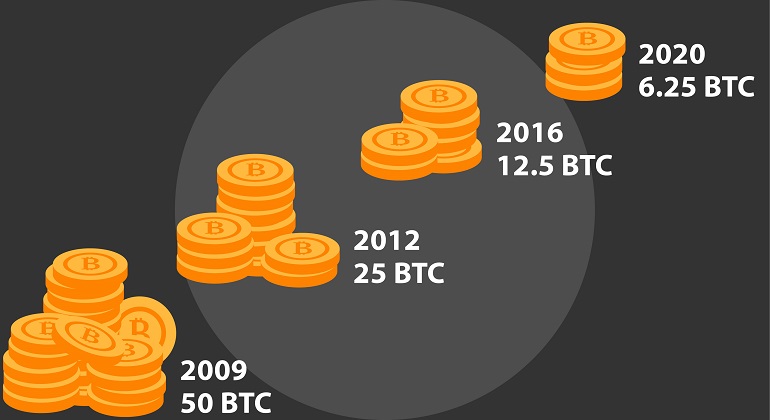 The halving may become the reason for another surge in less than two weeks if the first scenario isn’t correct. Despite the unfavorable performance in 2019, Bitcoin had an amazing performance and went through a noticeable recovery of more than 140%.

The latest surge may be related to the upcoming halving in which the original block of the Bitcoin is divided into 50% quotient for calculating the reward. The halving will decrease the rewards from 12.5 BTC to 6.25 BTC. Experts state the fact that the last surge may have been the result of the halving being factored. Others reason against that claim, saying that many investors around the world are beginning to realize Bitcoin’s true potential. For backing their claims they are focusing on the continuous attempts of the central bank to print more money.

With this regard, Eric Benz, the CEO of the crypto exchange Changelly, clearly declared that the surge was independent of the halving effect and was directly related to the investments. He further elucidated the fact that the surge is related to the impacts of the Covid-19 pandemic as well as the upcoming halving which highlighted the positive rule of Bitcoin. Since the Covid-19 broke society’s trust in traditional ways, people are now viewing these new ways with a different perspective.

It seems that Kade Almendinger, the host of the crypto podcast Darkside of the HODL Moon, has agreed with Benz on the reasons for the surge as he mentioned the effect of financial uncertainties as well as the negative oil prices alongside many other reasons is driving attention toward Bitcoin.

Kade Almendinger explained more about the latest rally:
“It’s counter-intuitive, but BTC is currently both a high-risk/high reward asset and a hedge against inflation and financial uncertainty in other markets. And we’re going to see investors with different priorities getting into Bitcoin for different reasons.”

FOMO can be another reason

FOMO is the fear of missing out. The striking recovery could be due to the FOMO. With this regard, Ashish Singhal, the CEO, and co-founder of CRUXPay mentioned that the latest rally can be attributed to FOMO. This means the investors want to make a profit after the halving. There are two justifications behind that first if you see lots of new entrances into any investment they are expecting a rapid profit. Second, there has been a lot of internet searches on the Bitcoin lately.

Bryan Hertz, the executive chairman of Filmio, among many others has reasons, like the effect of Coronavirus on the economy, to believe that the financial success which Bitcoin is going through will be constant until the halving and after that, things will be uncertain.

After all the presented data would you take the risk?

The two perspectives are planting doubt in our minds. Bitcoin went through a healthy surge which also means the foundations are strong and it is there because of the above reasons. The other perspective is the fact that the halving was already factored.
The COVID-19, also known as the coronavirus pandemic, is an ongoing pandemic of coronavirus disease 2019 (COVID‑19) caused by severe acute respiratory syndrome coronavirus.

Finally, what is your forecast for the Bitcoin situation?
Do you think Halving can have a significant impact on the price of Bitcoin and other major cryptocurrencies in the market?

The Ethereum Blockchain is the new San Francisco

CME Ethereum futures launch and how it is affected

Pay less Gas Fees in the next DeFi season 2021