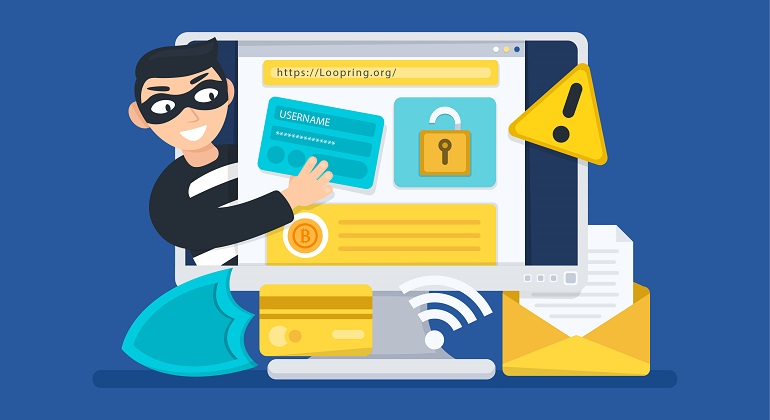 Loopring is a decentralized exchange with an open-source protocol, in which one doesn’t need to trust others. Despite the high security offered by Loopring, every open-source cryptocurrency is always at risk of being hacked, and Loopring is by no means an exception. The question is how successful its security is in handling these situations.
There have been many incidents in which the hackers could break into other cryptocurrencies as well. The recent Lendf.me platform’s security breach is an example. The hacker was able to steal about $25 million from this platform. Eventually, they were able to take back the stolen money since the hacker accidentally leaked an IP address.

The Loopring has tweeted that they have upgraded their bases and have secured their funds. They further declared that the bug was related to the product fronted password and it wasn’t a protocol problem.

This issue was discovered by Starkware, Blockchain scalability, and privacy specialist. This vulnerability was issued for the fronted wallet of the Loopring’s decentralized exchange. The bug exposed about $5 million stock to high risk. Starkware, the person who figured the problem out and ceased the attack, warned the Loopring about it.
The user accounts weren’t safe since the attacker could create all of them. Loopring uses two sets of keys an Ethereum key, and a proprietary account key. Since the user’s private key was produced using a 32-bit integer, the attacker was able to reproduce all the keys on the platform. The instant the platform was informed about the issue, it was closed down until they fixed the problem. The Ether (ETH) key didn’t face any exposure. Loopring took some steps to make the platform secure. These steps include strengthening the method of key-pair production and stopping the order matching until changing their trading passwords.

Starkware was acclaimed by Loopring and in response he

The main idea was to create a decentralized platform. The main idea of decentralization was to increase security. While users of centralized exchanges trust the organizations with the keys many attacks have been attempted against their servers. Loopring provides the traders with their keys and refuses to have the keys deposited like the centralized exchanges. Users are provided with a private wallet key which Loopring is capable of managing the trader’s fund stored in the wallet by using it.

Loopring acts as an automated trading interface between crypto exchanges and Blockchain. It enhances the protection against the counterparty risk and minimizes the trading costs. The traders retain control over their assets. This process is possible through automatic trading with the traders in control of the funds. Loopring breaks each order in small pieces and provides the traders with the best timing and trading opportunity.

Each cryptocurrency that uses a decentralized protocol is exposed to the risk of being hacked. The hackers will attempt to do so at least once when they have access to the keys, Loopring is no exception. The latest security breach exposed Loopring to great risk but it was able to handle the situation with the help of Starkwar, Blockchain scalability, and privacy specialist.

It could be a disaster, can we trust these platforms? Does this incident warn us against activities?