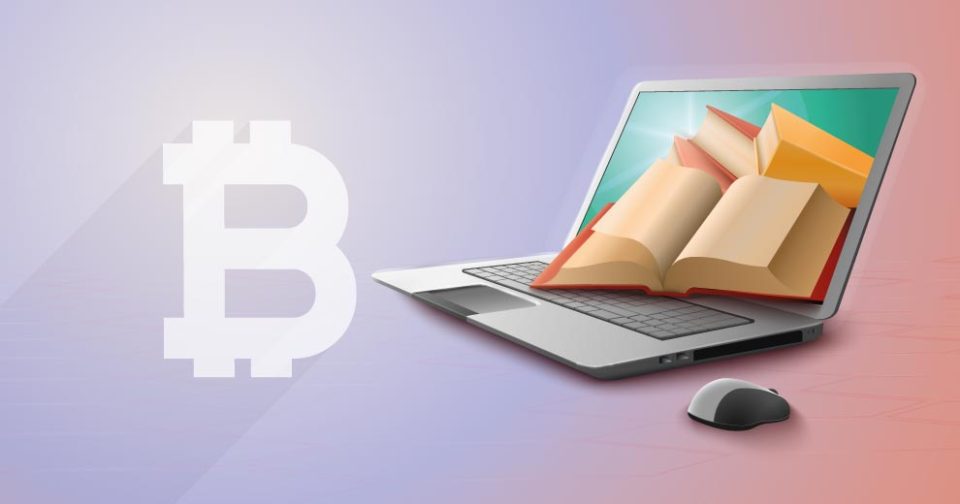 Have you heard about Bitcoin education in America? By discussing Bitcoin at local gatherings and neighborhood “corner classrooms,” members of America’s Crypto movement hope to promote financial literacy. Bitcoin is quickly becoming one of the most popular terms in the world. According to data from an Exploding Topics survey performed in July 2021, nearly 1,700 American citizens. Or 89% of those polled, have heard of Bitcoin.

According to a recent study conducted by the Crypto platform Paxful. 95% of the 1,555 women interviewed in the US were familiar with Bitcoin.

While the prevalence of BTC is remarkable, there still appears to be a shortage of awareness about BTC and Cryptocurrencies. For example, according to Paxful’s survey. 43% of women interviewed in the United States desire to learn more about Bitcoin. Even though 95% of these women are aware of its existence. In addition, as digital assets gain popularity, poor populations and minorities have indicated an interest in learning more about Bitcoin and Crypto.

Grassroots efforts targeting underprivileged communities are developing around the United States to provide Crypto knowledge to people who need it the most.

For instance, Najah Roberts, CEO of Crypto Blockchain Plug, runs a Black-owned Crypto center in Inglewood, California. She would go to 41 locations around the United States soon to help marginalized populations understand the value of Bitcoin education in America.

Roberts noted that this will be her second year traveling around the country with a team of Crypto professionals to promote Bitcoin education, dubbed “The Digital Financial Revolution Tour“. “We reached roughly 2,000 individuals last year“. Roberts added, “which was extraordinary given that the globe was still recovering from the COVID-19 outbreak“. Roberts is optimistic about this year’s tour, based on the project’s prior success.

according to Roberts, the second Digital Financial Revolution Tour will begin in California. With stops in Los Angeles and Oakland, before moving on to Las Vegas, Arizona, and New Mexico. We plan to start with the most impoverished neighborhoods, such as Lake Charles in Baltimore. We picked the most disenfranchised, unbanked, and underbanked populations to educate. Instead of hosting “corner courses” in neutral locations such as a local church. Roberts claimed that groups would assemble in front of beauty shops and other businesses.

What is the low for Bitcoin education in America for all locations?

While going throughout 41 different locations in the United States in 45 days may seem daunting. Roberts explained that the most challenging issue this year is helping individuals in low-income regions realize why they need Bitcoin education in America:

Roberts isn’t the only one who wants to teach people about money. Due to communal norms, no one ever talked about money when Tony Tate was growing up. No one ever talked about politics, religion, or cash. He remarked where I grew up. Tate, on the other hand, commented that education has always been a top focus for him. This is why he feels that teaching marginalized populations would make it simpler for people to appreciate Cryptocurrency’s potential:

Because fiat money is not backed by anything, it should dread it. Because Blockchain is built on proof-of-work or proof-of-stake, getting this knowledge into the hands of individuals who don’t have much makes it easier to understand. Tate just established Litchain, a Bitcoin teaching effort aimed at stimulating economic growth in the rural community of Gaffney, South Carolina. In Gaffney, we opened the doors of the first Black-owned Bitcoin data center. He said that the 20 modular data centers would contain Bitcoin mining computers and provide employment paying $60,000 or more. One of Tate’s first three mining facilities in the United States is the Litchain Corporation’s new data center. According to him, the business plans to open 144 additional locations around the country:

“We hear about mining corporations opening their doors, but we never meet the people who work there.” I must create a BTC mining facility in a neighborhood where people can use it.

Tate also announced the launch of a five years Crypto literacy education campaign, which would provide Crypto education seminars to minorities interested in learning about Crypto assets. Education materials and outreach campaigns will explain how Crypto assets work and differ from conventional payment forms, illustrating how Crypto might help blacks and minorities who have previously encountered prejudice from traditional institutions.

According to Tate’s online university, this initiative includes a grassroots campaign, digital ads, and online courses provided by LitU, which will also feature pop-up community classes in Philadelphia, New York, Washington, D.C., Houston, Chicago, and Atlanta, Detroit. Tate thinks that these activities will encourage people to consider Bitcoin as a more inclusive financial system, Bitcoin education in America, and a significant step toward addressing the racial wealth divide in the United States. He said that everyone has to get their heads around Crypto before the rest of the world does.

While Roberts and Tate are launching large-scale initiatives, Wendy O, a CryptoYouTuber, told us that she would soon be launching a local grassroots initiative in Los Angeles to teach youth about Cryptocurrency and NFTs. Wendy O revealed that she would collaborate with the Self-Care Lab Boxing and Fitness Club in Los Angeles to hold monthly meetups to teach people about self-care.

“Since 2018, I’ve sponsored hundreds of events throughout Los Angeles County to provide a space for individuals to learn about Cryptocurrency without spending thousands of dollars for a conference ticket or be shilled tokens, or even Bitcoin education in America.”

Like Roberts and Tate, Wendy O seeks to encourage personal finance through Bitcoin education. Unfortunately, financial literacy is not taught in schools. People who understand how money works, on the other hand, may be able to change their spending habits and even break free from generational curses, she suggested. Wendy O said she first learned about Bitcoin in 2011 and could better grasp fiat money and inflation.

Getting grassroots initiatives off the ground

While it’s commendable that individuals in the Crypto community are launching grassroots projects. It’s also crucial to acknowledge the obstacles that may develop along the road.

Roberts, for example, said that the Digital Financial Revolution Tour was entirely self-funded last year and that she wants to acquire sponsors this year. Given the extra support, grassroots projects funded by Crypto firms have proven quite successful. For example, early last year, GoodDollar, a nonprofit platform for financial Bitcoin education in America and inclusion in Web3, introduced an ambassador program to enable its 350,000 community members to give free Crypto universal basic income to anybody with a cell phone and an internet connection.

Individual GoodDollar ambassadors are making progress in spreading the word about Crypto by demonstrating to people how to use and access digital money, according to Jessica Salama, community lead at GoodDollar.

In Nigeria, she added that GoodDollar ambassador Etugbo Obokparo Stephen had held local meetups to help other students open their first digital wallets and understand Web3, Crypto, and Blockchain concepts. Salama stated, His original gathering was the first Blockchain conference ever conducted in his neighborhood.

“I’ve always talked with people on social media,” Stephen said”. But when I joined GoodDollar’s ambassador program, I was able to get more people into Crypto because they financially and with words of encouragement backed my campaign.“

Do you like this kind of info? We still aim for continuous gain in our work while providing excellent news. Guess you know friends interested in Crypto prices and analysis. Invite them here. We’ll continue to do our best by delivering safe and reliable media for all our users. Don’t forget that you can always use the Blockchain to verify the news.

Is it possible to deduct Cryptocurrency ransom payment from your taxes?