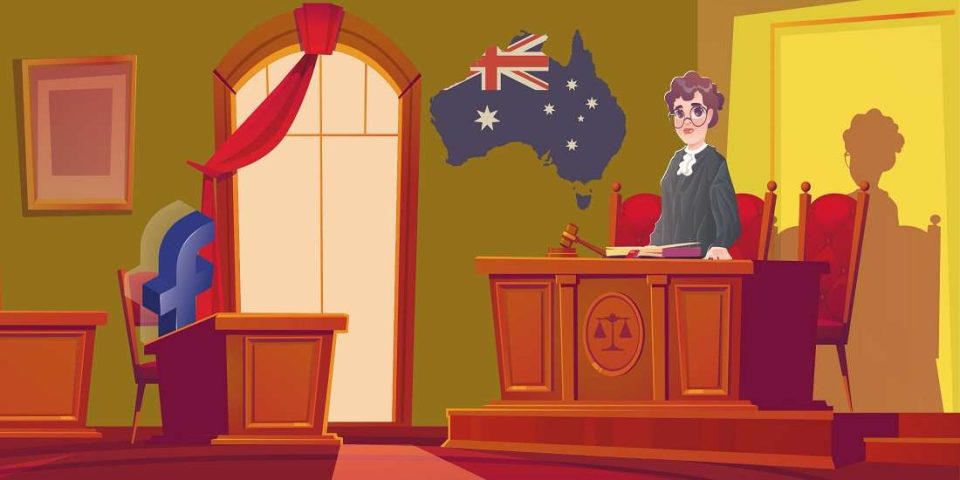 Australian billionaire Andrew Twiggy Forrest will take Facebook to court over the news of the Facebook crypto scam and scammy cryptocurrency ads. He alleges these ads used his name to defraud victims. The Fortescue Metals chairman accuses Facebook of breaching Australia’s money-laundering laws. He also claims that it knowingly gains from this cycle of illegal ads that it failed to remove.

The Western Australian Magistrates court will hold an initial court hearing on March 28, and a commitment hearing is expected to be later in 2022. Forrest will present the fees under Part 10 of the Commonwealth Criminal Code, with the consent of Attorney-General Michaelia Cash. For more information about fraud and ICO scams alert, stay with Antidolos to the end.

Australian victims and news of the Facebook crypto scam

According to the files, an Australian man lost AUD 952,000 (worth $679,537.60) after falling for the scam. The court documents said that the fraud deceived victims millions of dollars. These events and news of the Facebook crypto scam occurred in the underlying scam, which used Dr. Forrest’s name, likeness, and reputation to seek out victims, who often reported being swindled after believing Dr. Forrest was endorsing the investment scheme.

Forrest’s lawyers claimed that while they do not know the exact number or identities of the individuals deceived because of this vicious scam, the sphere of harm is wide. They also said that he had spent hundreds of thousands of dollars to distance himself from the fraud since March 2019. In that time, it first started being promoted on Facebook.

The sue about the news of the Facebook crypto scam

The sue about the news of the Facebook crypto scam claims that Facebook’s access to users’ data has led to the proliferation of illegal advertisements, fake news, and other unwanted internet material. Forrest also said that the company’s inability to delete the fraudulent ads was criminally reckless.

Meta Platforms, a spokeswoman for Facebook’s parent company, told the Australian that it is taking a multifaceted approach to preventing these ads by detecting the ads, blocking the fraudulent advertisers, and in some cases, taking court action.

However, Forrest believes that the social media giant should be doing more to forestall fraud from being spread on its platform. According to Forrest, the scammers are primarily located overseas, so they can’t be easily tracked down. He added that the best way to support Australians is to dissuade Facebook — through a criminal prosecution — from allowing itself to be used as a crime tool.

Possible fines for news of the Facebook crypto scam

Facebook has shown little motivation to self-regulate or take the primary steps about the news of the Facebook crypto scam and protect Australians from abusing its platform by crooks and scammers. So there is no other choice for me except to take this action, he said. Forrest has been fighting against these crypto scams for many years.

Facebook may face fines and be compelled to change how its advertising works if it is found guilty by the Australian courts.

Last September, he lodged a separate lawsuit with the Superior Court of California, seeking injunctive relief. The issue is still ongoing, and the date of the civil case is not set yet. Our experts at Antidolos latest Blockchain news will present you with more information about this.

In 2019, Forrest was one of several Australian celebrities. Including Kate Winslet, who gave testimony for a fraudulent cryptocurrency. In fake mainstream news articles, one scam told them to advertise an artificial Bitcoin investment platform.

In 2020, the Australian Securities and Investments Commission warned about fake celebrity-endorsed crypto ads, including Aussies like Hugh Jackman, Nicole Kidman, and Waleed Aly.

Other celebrities, including Elon Musk, Bill Gates, and Richard Branson, have also been a victim of this process of news of the Facebook crypto scam, and their image had been stolen to front crypto scams.

What is a Fraudulent ad?

In November 2019, Forrest wrote a letter to Meta Platforms CEO Mark Zuckerberg. He warned them in this letter about the news of the Facebook crypto scam and requested them to remove the fraudulent ads and prevent his image from being used in the future.

Investment scams cost Australian investors more than $50.5 million in the first six months of 2021, as reported by Cointelegraph in August 2021. And crypto scams contributed to more than 50% of the losses. Our colleagues at Antidolos will give you more information if needed.

Andrew Forrest says that he will launch criminal proceedings against Facebook in an Australian court, alleging that it breached anti-money laws for laundering. Its platform is used to scam Australians.

Forrest said he was taking action to prevent news of the Facebook crypto scam and prevent people from losing money to clickbait advertising scams, such as ones using his image to promote cryptocurrency schemes.

The lawsuit filed by Forrest in the Magistrates Court of Western Australia alleges that Facebook could not create controls or a corporate process to prevent its systems from being used to commit a crime.

It also alleges Facebook was criminally reckless by not taking enough steps to prevent criminals from using this social media platform to send scam advertisements to defraud Australian users.

The lawsuit happened when Forrest said he requested several times to ask Facebook to prevent his image from promoting investment plans, including an open letter to Chief Executive Mark Zuckerberg in November 2019.

Facebook, which changed its name to Meta last year, declined to complain about the lawsuit. But a company spokesperson said that it has generally taken a multifaceted approach to stop such ads from appearing and had blocked advertisers. The company also claimed that it is committed to keeping these people off its platform.

Some advertisements have appeared on Facebook since March 2019 and have used Forrest’s image and claimed to promote cryptocurrency investment schemes, the lawsuit said.

Under Australian law, a private prosecution of a foreign corporation for alleged offenses under the Commonwealth Criminal Code needs the agreement of the country’s attorney general.

Conclusion about the news of the Facebook Crypto scam

Do you like this kind of news? We always aim for continuous improvement in our work while ensuring excellent professionalism. Suppose you know friends interested in getting started in the top NFT markets. Invite them to Antidolos. We’ll continue to do our best by ensuring safe and reliable media for all our users. To conclude, do not forget that you are welcome to check the best Crypto price and analysis on Antidolos Media.

Why Germany is the most Crypto-friendly country?